As I mentioned in my last post, I’ve gotten more interested in the specific connections of the “New Negro Renaissance” that I took up in my book to my own specific location in Harrisburg.  While we tend to think of cultural movements as emanating and developing only in the major metropolitan centers (and so we equate the New Negro Renaissance 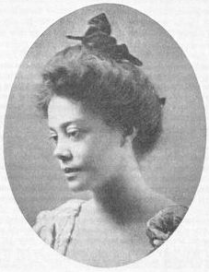 with Harlem, or at most with Harlem and Chicago), it was in truth a national and even international movement, that touched culture in many different times and places.  Harrisburg, I learned a few years ago, was a well known center for jazz and a regular stop for big bands and jazz and blues musicians such as Cab Calloway and many other large and lesser lights.

Harrisburg historian Calobe Jackson) regarding Alice Dunbar Nelson.  I had absolutely zero inkling that Dunbar Nelson was associated with Harrisburg at all, but she apparently lived here for at least a couple of years after her second marriage.  The attached clip from the Harrisburg Telegraph notes her wedding to Robert J. Nelson who worked in the state government.  There are a fairly large number of references to Alice Dunbar and Dunbar-Nelson in the Harrisburg Telegraph, even after she apparently left the city–references to speaking engagements at Harrisburg churches and the like.  I’ll have to follow up further later.

Although I’ve published my book on the Harlem Renaissance, it remains one of the pleasures of the scholarly life to continue to learn and discover yet more about things I 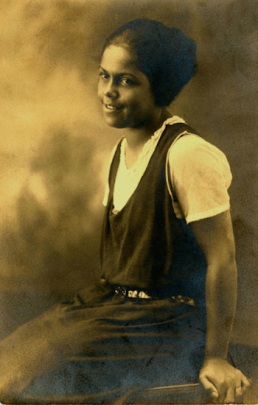 feel I know quite well.  One thing that has continued to interest me is the ways in which the “Harlem” Renaissance extended and had connections to many places, including my home town of Harrisburg PA.  I wrote briefly about Esther Popel Shaw’s connection to Harrisburg, and discovered, or was reminded (one of those things I think I knew, but never followed up on), that Gwendolyn Bennett, one of the most significant poets of the younger generation had a Harrisburg connection.  According to this clip noted by Harrisburg Historian, Calobe Jackson, Jr., she made the honor roll in 1917.

At this point I haven’t been able to determine much more than these scant biological connections, but I am intrigued with the role that regions some distance from our cultural centers end up playing a role, major or minor, in the lives of our writers and in the larger movements that they create.  I discovered a similar connection to Alice Dunbar Nelson that I’ll note in a later post.

I was very happy this week to publish a new review essay in The Cresset for their Lent 2019 edition. On the one hand publishing has not lost its charge, perhaps because I do it so rarely.  But beyond that it was good to see in print my meditations on being part of a mini-movement in literary and cultural studies that has been taking religion in/and African American lit more seriously.  Besides my efforts on the Harlem Renaissance, there are many other, probably more important contributions going on, and I look at three recent works by Wallace Best, M. Cooper Harris, and Josef Sorett just to give a sense of the importance of what’s going on, besides my evaluation of the works at hand.  I also liked the challenge of trying to write

about academic literary criticism for a non-specialist audience, and to take up the issue of why lay readers ought to read criticism, even against their better judgment.  Not an easy task, and one at which I think I only partially succeeded, but which the editor liked enough to print at any rate.  A little flavor of this aspect of the review:

“Unlike breathing or the beating of the heart, reading is a skill developed within particular cultures, each with its own values and peculiarities, and each with its own notion of excellence. At its best, literary criticism models forms of readerly virtuosity that stretch our imagination beyond the straightforward pleasures of enjoying a good story. The best criticism allows us to know literature within a cultural ecosystem of reference and connection. In the normal course of things, we pluck books from the Barnes & Noble bookshelf or the Amazon algorithm as we might pluck up a flower in a field, enjoying (or not) the pleasure of the text. Literary criticism reads the role that flower plays in the field. It considers the ways it depends on or perhaps destroys other features of the field, or perhaps the ways other cultural ecosystems consider it a weed or an invasive species to be eradicated.

While reading literary criticism is not always a walk in the park, doing so can make our pleasures more aware and engaged, delivering enhanced or other pleasures, much as we might take pleasure in not only the scent of the air, but in being able to name the flowers and the trees and understand our relationship to them and theirs to one another.”

You can read the rest of my review here…